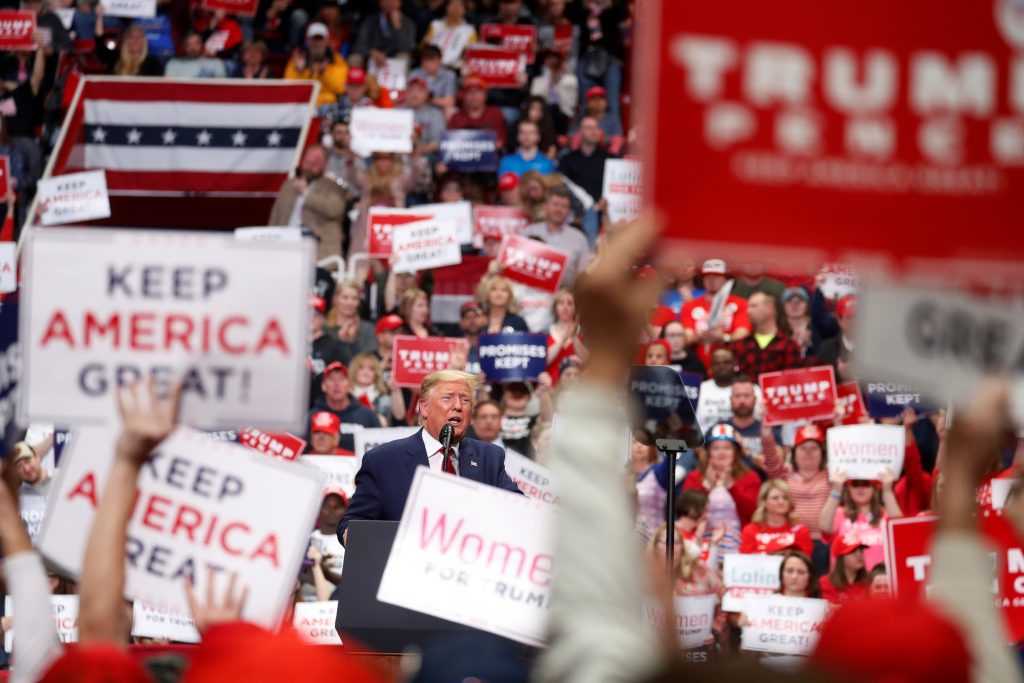 The full text of the paper is split across the various articles linked below. Readers can browse in any order. To download a PDF version, use the button below.

The US foreign policy elite is concerned about three areas with respect to the pandemic’s impact on US relationships with its allies in East Asia:

The first and second concerns are linked.

China already has moved from being at the pandemic’s global epicenter (and the heart of criticism for its response domestically) to touting its success in beating it back (assuming its data is to be believed). Its current position stands in stark contrast to that of the United States, which has become the epicenter of the pandemic. Since China, as well as Japan, Singapore, South Korea, and Taiwan, have all apparently brought the pandemic under some modicum of control, this region of the world stands to get back to work sooner than either Europe or the United States.

US global leadership at risk

This article is part of a series examining the ways that US global leadership could be threatened in a post-COVID-19 world. Click below to read the main entry in the series.

For the moment, Asians have been ruffled by China’s aggressive behavior in pushing back on accusations against its handling of the pandemic. After the Australian government’s call for an independent investigation into the origins of pandemic, China retaliated with stiff tariffs on Australia’s barley exports.

Tensions between Taiwan and China have been on the rise ever since Tsai Ing-wen was elected Taiwan’s president, but the coronavirus has further strained the relationship after Beijing’s efforts to block Taiwan’s representation at WHO meetings. Beijing’s decision to impose a national security law on Hong Kong has also angered Asian countries.

Over time, despite China’s soft power failures, the risk is that the United States’ regional allies will become more dependent on China as they attempt to restart their economies. For the United States, the key question for the current period and the post-pandemic one is whether it can retain the vibrancy and strength of its alliances in East Asia.

If the United States does not demonstrate both an interest and a commitment to leading through example and outreach, then the odds are that China will gain at the United States’ expense within East Asia and elsewhere in 2020 and well beyond.

Conversely, if the United States were to lead a G20-directed effort alongside Europe and China, if it leads and expands its financial cooperation within multilateral institutions (the IMF/World Bank, the Asian Development Bank), and, moreover, works closely with its Asian allies and partners, then it might emerge not only with its regional position intact, but perhaps with a stronger reputation regionally and globally.

See where US leadership is most vulnerable

A step change in Sino-American relations

Bipartisan agreement that China is to blame for the COVID-19 pandemic, coupled with frustration that China is pulling out of the crisis before the US, could strengthen China’s authoritarian tendencies while pushing the US toward isolationism.

Middle East in turmoil even before pandemic hit

Weak public health systems, an over-reliance on hydrocarbons for economic growth, and a collapse in tourism point to particular disaster across the Middle East. Recovery will be long and slow absent intervention from non-regional powers.

Africa left to deal alone with the pandemic?

The lack of robust public health systems and manufacturing basis plus rapid urbanization point to particular difficulties in weathering the COVID-19 pandemic in Sub-Saharan Africa. The continent’s recovery will be shaped by US, Chinese and European engagement.

Prospects for the COVID-19 pandemic

The COVID-19 pandemic is not just a global health crisis. It could spark global recession, while undermining globalism, cooperation and multilateralism, ushering in a renewed era of authoritarianism, isolation and open conflict between global powers.